In August last year, Klarna raised $460 million at a $5.5 billion valuation to expand its presence in the United States. Two days ago, Reuters reported the Swedish company is targeting another $500 million raise, this time at a $10 billion valuation:

Swedish payments firm Klarna is in talks with investors for a new round of funding which would value it at more than $10 billion, three sources said, as it attempts to expand its business in the United States.

Klarna is today one of the world's most successful online payments processors in the world and the private company with the highest valuation in Europe.

But there's more than enough drama in this story.

Before Sebastian Siemiatkowski started dreaming of conquering North America, he was flipping burgers at Burger King. Across the assembly line was Niklas Adalbert. The two became friends, and eventually started jamming ideas with a third co-founder, Victor Jacobsson, on how to provide consumers and merchants with simpler online payment methods.

In 2005, the three founders took the plunge and participated in the Stockholm School's Annual Entrepreneurship Award. But the idea for what later would become Klarna received zero enthusiasm and ended up close to last. From a conversation between Sebastian and Forbes:

"We presented our idea at an innovators pitch, and they said, 'Forget about it. It’s never going to work.' I didn’t feel great."

But in a stroke of reckless genius, they decided to start anyway and in mid-2005, founded Klarna. 5 years later they were doing $60 million per year in revenue.

But the story doesn't end up there.

After 14 years of owning the European market, Klarna decided to take the plunge and expand into the United States. The investment didn't come cheap. After 14 straight years of being profitable, they took a loss of $93 million in 2019.

At first, I thought Klarna was insane. Why break something that works?

For reference, here's Klarna's revenue over the past 6 years (in millions). Growth seems fine for a company doing $750 million in 2019.

But then I started pilling the layers. And holy shit. Klarna is a genius business is doing incredibly well that will be extremely hard to disrupt, and their move to the United States is perfect.

Klarna's business is straightforward: they partner with ecommerce companies to give consumers the possibility to buy products and pay later with an invoice.

Put simply, you visit a site powered by Klarna, input your email and zip code, and your purchase is on the way. You then have 30 days to pay back Klarna, using whatever payment method you like.

It's a typical B2B2C setup: they sell to companies but their product is used by millions of consumers every single day.

Since the early days of the Pay in 30 Days model, the company has evolved and now offers a bunch of other things to make buying stuff easier, including instalments (split your purchase into four equal payments at no extra cost) and financing (for bigger purchases with 3-36 month plans)

In all these cases, merchants receive the payment upfront, leaving all the risk to Klarna, who takes full responsibility for collecting payments (like Affirm but better).

But shifting risk from the customer to the platform isn't the only thing Klarna does. They also play an active role in growing its customers by helping them convert more visitors into purchases.

First, buying with Klarna is dangerously easy. You don't need to add a credit card or fill in your details, since Klarna recognizes the customer based on previous purchases. Tap and you are done. No friction means more conversions.

(Side note: isn't that what over-hyped Fast does?)

On top of that, working with Klarna is a proxy for credibility and trust. Not only the neutral Klarna logo is there, but it also allows customers to try before they pay.

All this good stuff amounts to a measurable impact on a business' bottom line. Some official stats (which come from Klarna, so you should take them directionally, not literally):

As a merchant why would you say no to that? You wouldn't, which is probably why they onboard 200 new clients every day.

I have a name for companies that actively grow their customers and take on significant risk away from them: Growers.

From a previous essay I co-wrote with my friend Brett Bivens, Enablers vs. Growers:

Enablers are companies whose purpose is to make it possible for other businesses to operate. The most successful enablers, like Stripe, often create the opportunity for entirely new business categories to emerge or cross the chasm. Growers help their customers take the next step. With offerings and business models positioned to increase the value of their end customers, these companies often have the potential to capture the most value.

• Drive distribution to your customers by helping them generate new business that wouldn’t have been accessible otherwise (net new business).
• Facilitate business model evolution by adding upside to your customer's current business model.
• Shift risk from the customer to the platform. Transactions often carry significant uncertainty so aligning financial incentives in a way that maximizes results and places the risk on the business is a fantastic way to disrupt incumbents.

So Klarna is a Grower and has 2 out 3 conditions – drives distribution and shifts risk away. It reckons it can increase the average online store’s orders by 30% and the average spend by 34%.

Growers generate net new business – business that wouldn't be accessible without them – which means they can capture significant amounts of value. Strive School can charge 10% of their students income because they play an active role in creating that income from nothing.

Growers are great businesses but they aren't perfect. Typically they can be disrupted in two ways:

The thing about Klarna is they are a Grower that actively makes your business better but they charge as an Enabler: to do all those nice things Klarna claims they can do for you, they charge between 3% and 4% in transaction fees.

This means that it's going to be hard to disrupt Klarna on price because there is no room to undercut them.

And operationally, they are doing just fine. If you take Late fees as a proxy for how good they are at collecting payments, then they've been getting progressively better since 2013.

Klarna is in a perfect position to take on the market and defend from competition – their moat is that they provide Grower value but charge as an Enabler.

This is a preview for paid members. To get the full essay, Tuesday editions and much more, subscribe for €100/year.

If you are not ready, you can also join the free list. I'd love to have you onboard. 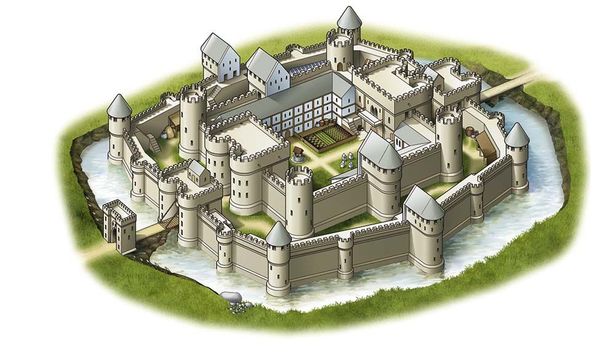 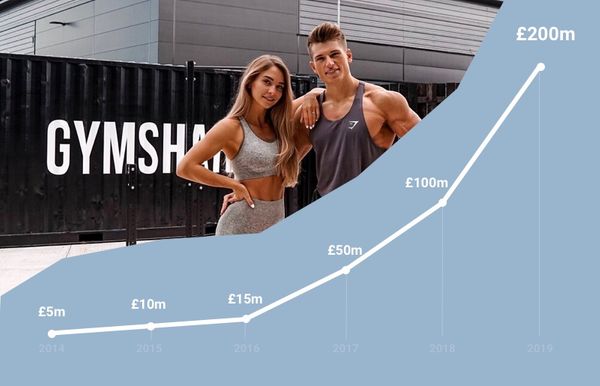 This post was co-written by Pauline Guého from Heartcore Capital and me. It’s our attempt to understand the rise of Gymshark and how they managed to become a billion