In 1768 in Edinburgh, Scotland the first Encyclopaedia Britannica was published. The first edition had three volumes but then the encyclopedia grew in size: the second edition was 10 volumes, and by its fourth edition (1801–1810) it had expanded to 20 volumes.

As it grew in size, it grew in revenue by establishing a reputation as a solid, authoritative and comprehensive source of content, which was cemented by continually revising and adding innovative features like an atlas.

After some initial traction in the institutional market (think libraries), Britannica recognized the opportunity behind the homes market and created an aggressive and direct sales force that targeted middle income families by going door to door.

The fundamental value proposition for Britannica was alleviating parents’ guilt around their children's education and signaling to the world "I care about my kids and have enough money to spend $2,000 on a set of books", which the in-home sales experience maximized.

Fun fact: Market research demonstrated that the encyclopedias were opened less than once a year, on average.

Britannica's guilt-inducing mechanism worked and by 1990, Britannica dominated the $1 billion encyclopedia market with a 7,500-strong worldwide salesforce, selling over 110,000 and generating $650 million in revenue that year.

But while Britannica executives where shopping for a car that said "I'm a clever intellectual with Fuck You Money" something in Seattle was brewing.

In the 1980s, on the insistence of Bill Gates, Microsoft approached Britannica to collaborate on a CD-ROM encyclopedia, but the offer was declined. Senior managers at Britannica were confident in their control of the market and that their healthy profits would continue.

And they did, for a while. The Britannica encyclopedias were priced between $1,500 and $2,200 and the product was considered "a luxury brand with an impeccable reputation handed down from generation to generation."

But Microsoft, who was looking for the new Excel, wanted those profits. So they started an internal project, looked for the geekiest and coolest codename ever – "Gandalf" – and kept going.

They finally found a willing licensor in Funk & Wagnalls and went on to work to create what we know as Encarta.

In 1993, Microsoft unveiled Encarta as a CD-ROM encyclopedia for $395. The product didn't have the generational reputation, the reviewed-by-Nobel-prize-winners content or the signalling power of owning a $2,000, 20-tome book set on your living room that says "I care about my kids education" but it had other stuff.

The accessibility, multimedia content and the ability to link between articles attracted some initial customers but the response was lukewarm.

Then Microsoft lowered the price and all hell broke loose. The $99 Encarta was a smashing success: it quickly sold 350,000 units, making it the best-selling CD-ROM encyclopedia by the end of 1993. Its sales passed a million units the next year.

Britannica, seeing the threat posed by Encarta, developed its own CD-ROM in 1995, but it was too expensive (originally priced at $800) and its initial version was text only because Britannica’s vast and rich content was too large to fit onto a single CD.

So while Britannica was taking its time, Microsoft kept making moves by bundling Encarta with computers. From The New York Times:

"It was a brilliant move by Microsoft and a very damaging one for Britannica. Regardless of quality, it was hard for a $1,200 CD-ROM to compete with a free one bundled with a PC. Our direct-sales force was the wrong channel for selling the CD-ROM encyclopedia; moreover, there was no easy way to change the traditional encyclopedia business model, in which the multivolume set was a break-even proposition and the profits came from ensuing subscriptions to the yearbook, a single volume of updates."

By 1996, Encarta controlled 44% of the digital encyclopedia market and, facing financial pressure, Britannica was bought by Swiss financier Jacob Safra for $135 million, a fraction of its book value.

Wikipedia and the road to $0

Then the 2000s came and, while the world didn't end, Jimmy Wales and his partner launched Wikipedia on the back of a previous project called Nupedia.

At first, Wales was laughed out of the room. But after leveraging Nupedia's mailing list and a mention on Slashdot in July, the the Wikipedia flywheel started spinning. From, funny enough, Wikipedia:

The project received many new participants after being mentioned on the Slashdot website in July 2001, having already earned two minor mentions in March 2001. It then received a prominent pointer to a story on the community-edited technology and culture website Kuro5hin on 25 July.Between these relatively rapid influxes of traffic, there had been a steady stream of traffic from other sources, especially Google, which alone sent hundreds of new visitors to the site every day. Its first major mainstream media coverage was in The New York Times on Thursday 20 September 2001. The project gained its 1,000th article around Monday 12 February 2001, and reached 10,000 articles around 7 September. In the first year of its existence, over 20,000 encyclopedia entries were created – a rate of over 1,500 articles per month. On Friday 30 August 2002, the article count reached 40,000.

Thanks to the power of the internet, Wikipedia was competing along completely different dimensions – Accesibility, Price and Speed of updated, not cute drawings and dusty reputations.

Microsoft realized that and dropped the price to $22.95 but it didn't help much. Wikipedia attacked Encarta from an angle where Microsoft couldn't defende (or was even willing to defend, based on the insignificance of Encarta's revenue compared to their other products.)

In 2009, Microsoft decided to shut down the Encarta division. Here's the New York Times:

"As the amount of information available online grew exponentially, it became quaint to purchase DVDs of factual material. While a free, text-oriented project like Wikipedia could not compete with the graphics and design of Encarta, that wasn’t important to consumers."

At the time of its closure, Encarta had about 62,000 articles, most behind a paywall, while the English-language Wikipedia had over 2.8 million articles in open access.

All those articles were, essentially, internet real estate for Google. That January, Wikipedia got 97% of US visits to online encyclopedias, and Encarta was second, with 1.27%.

"As of December 2019, Wikipedia is the world's ninth most popular website in terms of global internet engagement. Wikipedia's worldwide monthly readership is approximately 495 million." 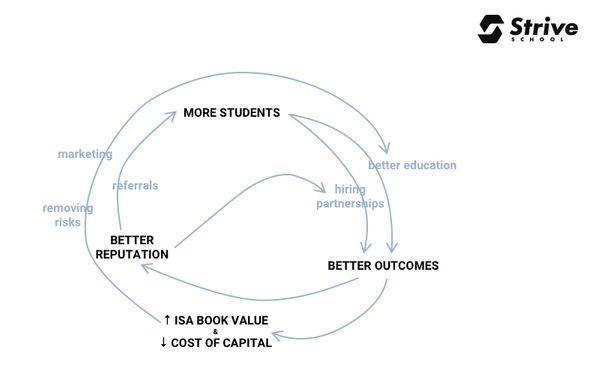 Almost 100 days ago I challenged myself to do a daily thread on something going on in European tech, and for every miss I would donate $100. It was a 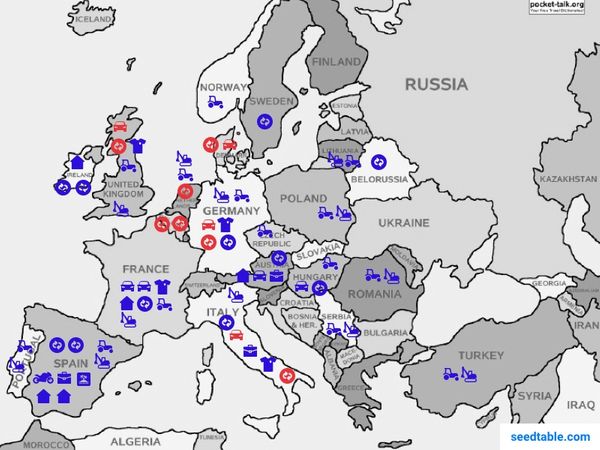 Earlier this week, Norwegian Adevinta acquired eBay’s Classifieds business unit in $9.2B deal. From The Financial Times: Norway’s Adevinta is paying $9.2bn in cash and stock